These are the Places I’ll Remember All My Life 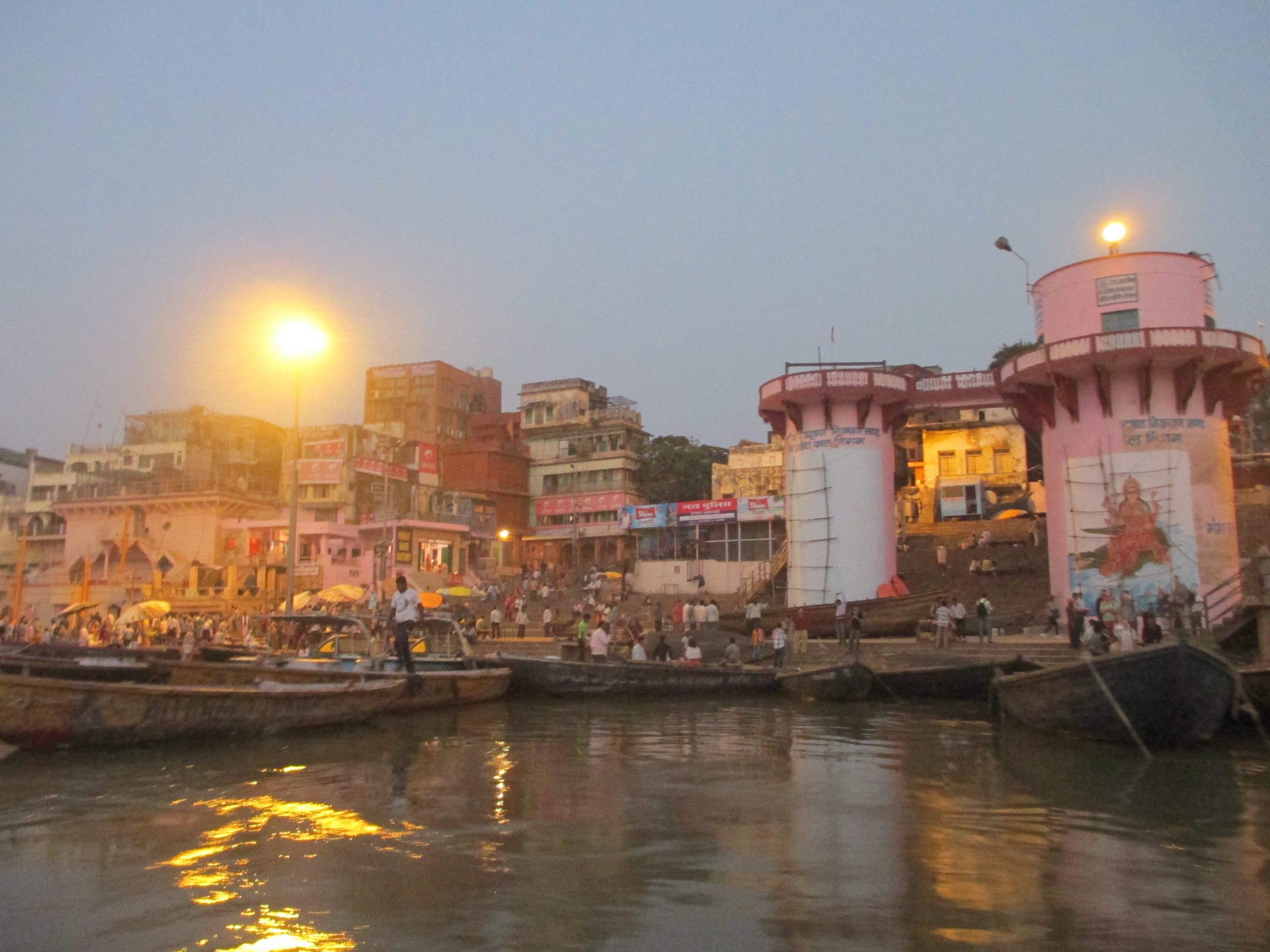 Approximately one month ago, I was asked by the <a href=”http://wfo-oma.org/climate-change/case-studies/climate-change-study-in-uttarakhand-india.html“>Uttarakhand Climate Change Centre</a>, a branch and subsidiary of Navdanya, to draft a report on the devastating flash floods that had taken place in June and July of 2013 in the state, displacing hundreds of thousands of people while taking over one thousand lives. It was the belief of Navdanya and many other environmental organizations that the disaster was an avoidable tragedy, brought on by anthropogenic activity. If true, this would deepen the existing rift and negative impacts between environmentalists and government officials.

On November 15, a conference entitled ‘<a href=”http://www.navdanya.org/news/391-conference-on-re-imagining-the-human-nature-relationship-in-context-of-disasters-“>Disaster Management and Mitigation: Re-Imagining the Human Nature Relationship</a>’ was convened by Navdanya, with invited speakers from across the world, to discuss the causes of natural disasters, how we might re-imagine our position in the biosphere to avoid and adapt to these events, and finally, what policy goals could help governments become more resilient to disasters that occur, and more precautious when engaging in activities that could precipitate catastrophe. On November 17, the conference that was held in Delhi re-convened at Navdanya headquarters, where an audience comprised mainly of high school students was presented with both science and creative arts to continue the same discussion that began a few days earlier.

Several students read poetry, performed traditional Uttarakhand dances to commemorate the state’s culture, which is threatened by floods (especially since many languages and practices are conserved only amongst those who live in mountain regions of the state—regions susceptible to destruction during a flood), and gave presentations on the extent of the damage caused by the 2013 floods in the state.

I was humbled to be the only Navdanya representative (who wasn’t on their executive board) requested to present my thoughts to the audience. The report I wrote was comprehensive, detailing the interests of the various stakeholders and the unintended impacts their actions have had on the ecology, gaps in the policies and disaster response strategies, as well as possible avenues for improvement; however, effective communication doesn’t mean we churn out as many facts and ambitious solutions as possible. I was given five minutes, and in those five minutes I needed to get a point across that was easy to understand, relevant to the issue, and something that a group of teenagers would be willing to recall later on.

I worried that simply listing all the failures of the parties involved and the great danger we faced in the future if we did not get our act together, would not be the most effective way to send a message. I decided to try a rather unconventional approach. I left my laptop in my room, and instead grabbed a pillow cover, a pomello (a more globular melon variety) and a gooseberry picked ripe from Navdanya’s orchards.

The point I was trying to make was this: as systems become increasingly complex and interconnected, such as electricity grids powered by dams, or food transportation routes, or financial trading, small changes in those systems can produce unpredictable and drastic outcomes. In systems theory this phenomenon is referred to as chaos. Some may know it colloquially as the ‘butterfly effect’, wherein a butterfly flutters its wings in such way that it causes a hurricane some few thousand miles away.

The causes of the Uttarakhand floods cannot be inextricably linked to human activity; such is the nature of flash flooding. However, that the state has hundreds of dams and faces extreme fluctuations in its population due to tourism, suggests that related systems of energy and development are becoming so complex, that small changes might be triggering calamity downstream. While a flood in a relatively simply developed region may not have caused much damage, in Uttarakhand’s web of dams and construction and mining, the flood waters became contaminated with mining runoff, power was cut off to thousands, and pilgrims who were too numerous for the state’s accommodation services ended up stranded. Similarly, the general consensus that disaster response was itself a disaster, suggested that the infrastructure of the state is too complicated for emergency response teams to act quickly.

So with the pomello under the pillow cover representing the stable and unstable regions of time and space, and the gooseberry representing any given system, I showed how my finger pushing the gooseberry in a given direction did not mean I could predict where it would land when it rolled off the pomello. In a stable, less complex flat region, I could predict these outcomes. But as the system became more complicated, it reached the curved edge of the pomello and any attempt to know what the future held was a pointless exercise.

My audience understood that our goal should be to make systems decentralized and simple, so that no single event could cripple the entire framework. It was the message the conference was trying to convey, and I had successfully conveyed it using 2 fruits and a cloth. Simple.

I have been told that Navdanya will publish my report soon.

Around November 20 or so, I found myself in a very similar spot. It was course time again at Navdanya. This course seeks to provide participants with a deep look into Gandhian philosophy. As a pioneer of non-violent resistance, Gandhi represents a way of life and a way of addressing conflicts in which the power imbalance is so great, and the unwillingness to communicate or build relationships so deep, that negotiations are no longer in question. We heard talks given by Dr. Vandana Shiva, and the noted Gandhian and peace activist <a href=”http://en.wikipedia.org/wiki/Satish_Kumar“>Mr. Satish Kumar</a>, who famously walked from New Delhi to Moscow, Paris, London and Washington D.C. (after crossing the Atlantic by boat) many years ago. At the time of his peace pilgrimage, as it is now called, the four cities I mentioned were the capitals of the only nuclear powers in the world. As if such an accomplishment were not itself astounding, Mr. Kumar did this without any money. It was an amazing story told by a man amazing to behold.

I have submitted my exit report to the intern/volunteer coordinator here at Navdanya, detailing the wonderful experiences I have had here, and also analyzing the roots of conflict and communication barriers many long-term interns here experience. In a rather surprising and sudden move, Navdanya’s executive team decided to go with an alternative, rather than one of many options to clarify the roles of interns and volunteers at Navdanya. As of this journal entry, there will be no more interns or volunteers here. The entire program was folded under a new name, <a href=”http://www.navdanya.org/earth-university“>_Bijak_</a>.

I learned that this Sanskrit word was chosen to avoid new visitors to Navdanya developing expectations we often associate with internships. I am unsure of how this meets Navdanya’s interests long-term, which seem to be to create a network of active promoters of ‘seed freedom’ and organic farming. Since the Bija Vidyapeeth is meant to be a center of collaborative learning, without the support framework in place to nurture and help new ideas flourish, I worry that perhaps much value that long-term visitors bring will be left unexplored, and that strong strategic relationships with Navdanya will be harder to form. I hope that this is not the case. I cannot draw many conclusions by the decisions taken to remove the communication barriers by redefining the conversation entirely.

I do worry for Navdanya’s internal dynamic, and I notice that since nearly all of Navdanya’s current interns and volunteers are foreign, the change in name might not necessarily change how new Bijaks perceive their role here.

My time here has taught me a great deal about the environmental movement, and about conflict management both externally and internally. I have learned how two sides with severely opposed interests can make very similar moves in advancing their positions; and I have learned how sometimes an alternative to having a difficult conversation (in the hopes of coming out stronger and more productive) can be, for better or worse, to decide not to have the dialogue at all.

Still, I remain optimistic that value will continue to be created and relationships will grow strong here at Navdanya. The data I have gathered, namely the sessions I had and the results they have brought, coupled with the interns’ own ideas to improve communication here, allows me to leave this organization on a high note.