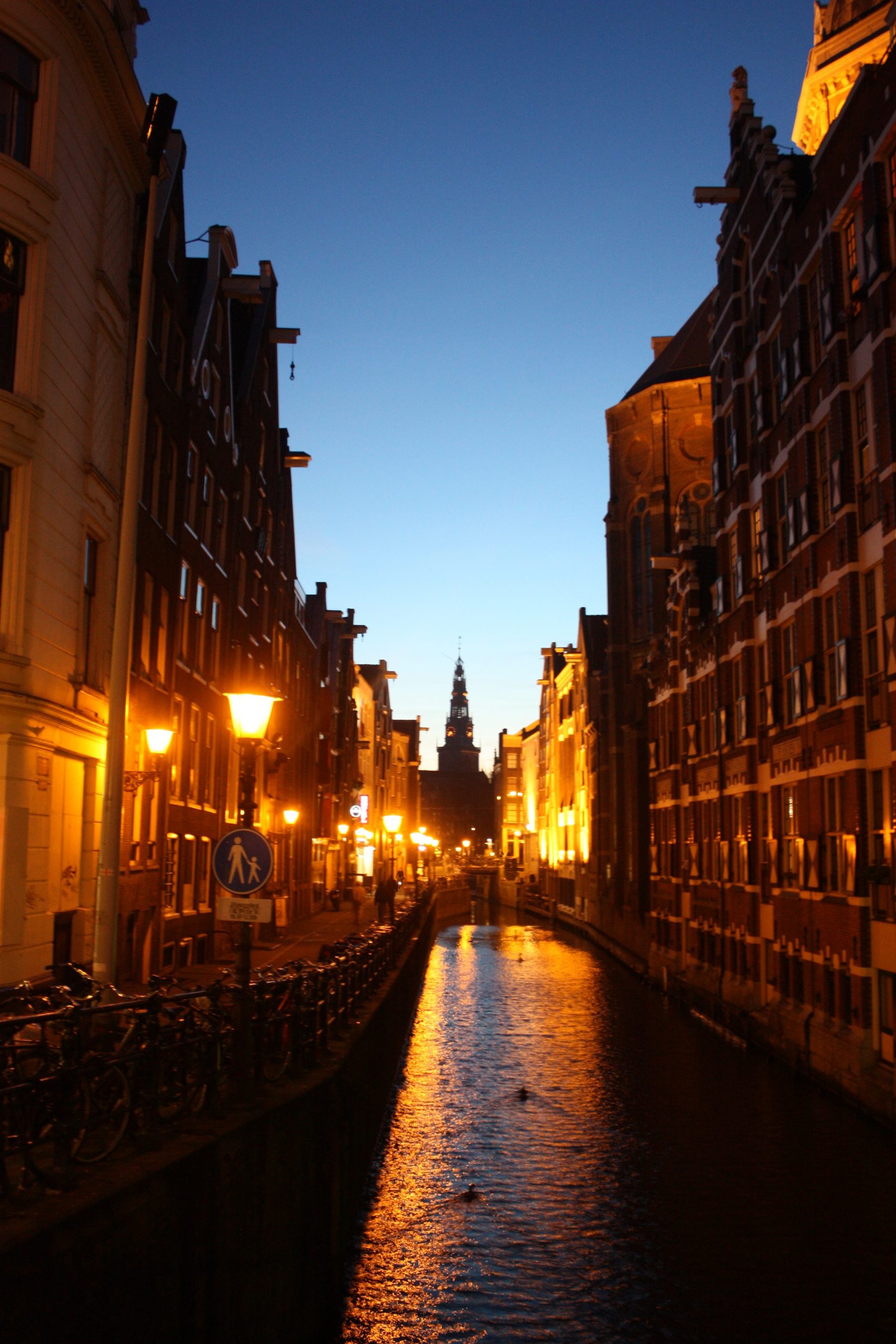 It’s been over three weeks since I returned to Den Haag from St. Moritz and I’ve really started to feel at home in my new digs.  This sense of comfort and place has been partially drawn from my recent experience of Dutch art, which seems to have been a recurring theme over the past several days.  Be it during a weekend afternoon spent at Amsterdam’s Rijksmuseum or at Den Haag’s Mauritshuis, I’ve seen countless manifestations of timeless Dutch culture that make me feel as if I’m being woven into history.

One painting depicts a 17th century village whose townspeople are literally spilling onto the newly frozen canals to go skating.  Over 300 years later, I watch the present-day citizens of Den Haag race down to the frozen surface of the Binnenhof moat to play hockey and enjoy the first true freeze in eight years.

Another painting shows an ornate galleon sailing off into the distance, its stern bearing the familiar triple cross emblem of Amsterdam that still appears on flags and t-shirts in the city’s streets today.  Vermeer’s “Girl With A Pearl Earring” – a master study of light and subtle imagination – serves as the inspiration for a similarly titled movie that I watched just last night.  And everywhere, there are statues of William the Silent, founder of modern Holland.  I’ve only lived in Europe for a month, but already I am starting to recognize the paucity of historical allusion I was exposed to while growing up in Canada.

The reason I was encouraged to see so many of these oeuvres in such a short period of time is that my mother and father decided to pay a weeklong visit to Den Haag after saying goodbye to my younger brother Peter in Switzerland.  This means that I’ve spent my days working at the Court, my weekends exploring museums, and my evenings enjoying lovely dinners at in Den Haag’s excellent restaurants.  When I think back to the camel meat business lunch that I had back in Somaliland, it all feels a bit jarring.  But then I remember how I won’t be able to see my parents for another five months, and that my meals from here on in will be either pre-packaged Albert Heijn salads or African street food.  Then I feel a little bit more at peace.

Exploring Amsterdam with Mom on the Weekend

Work has been great, but I’m already starting to get a sense of what past Fellows have noted regarding the need for a great deal of self-direction during the Hague placement.  Though my goals have been clearly laid out for me by both the Chief Prosecutor and Carrie (who was the last Fellow to have passed through the International Criminal Court), how I choose to accomplish these goals is largely left up to me.

Thus far, I’ve spent my time catching up on past ICC press reviews (to get a better sense of what the Court is actually doing), researching peace education theory (something I’m finding unexpectedly fascinating) and drafting feedback forms for past Fellows on their experiences at the Court and in Uganda.

Last week, I also made a point of catching some of the Court’s historic proceedings: the confirmation of charges against ex-Congolese Vice President and MLC leader Jean-Pierre Bemba!  During my first visit to Chamber III, I managed to watch some of the Defense’s argumentation, which I found profoundly interesting.

The International Criminal Court on a Rare Sunny Day

During my second visit, I caught two hours of the closing statements being made by the Prosecution and the Victims’ Representative.  This was also fascinating  because of the prominence that the crime of rape seems to be taking in the Prosecution’s case.  According to many of the ICC press reviews that I’ve read, human rights groups the world over are expecting the Bemba trial to issue a new and more inclusive legal definition of the crime of rape, and to set important international precedent in the trying of that crime.  But first, based on the information presented during the four-day confirmation of charges, the ICC judges have 60 days to decide if Bemba should even go to trial in the first place.

The Nieuwe Kerk in Delft

Today, I anticipate starting a needs assessment for the Insight Peace Project.  My assessment will entail contacting dozens of individuals and organizations in Uganda and interviewing them about the current status of education in that country.  As it’s a relatively big job, and given that I’ve never done a needs assessment before, I have no idea how long it will take me.  But I suppose it’ll make for great practice.

Delft, From the Top of the Nieuwe Kerk