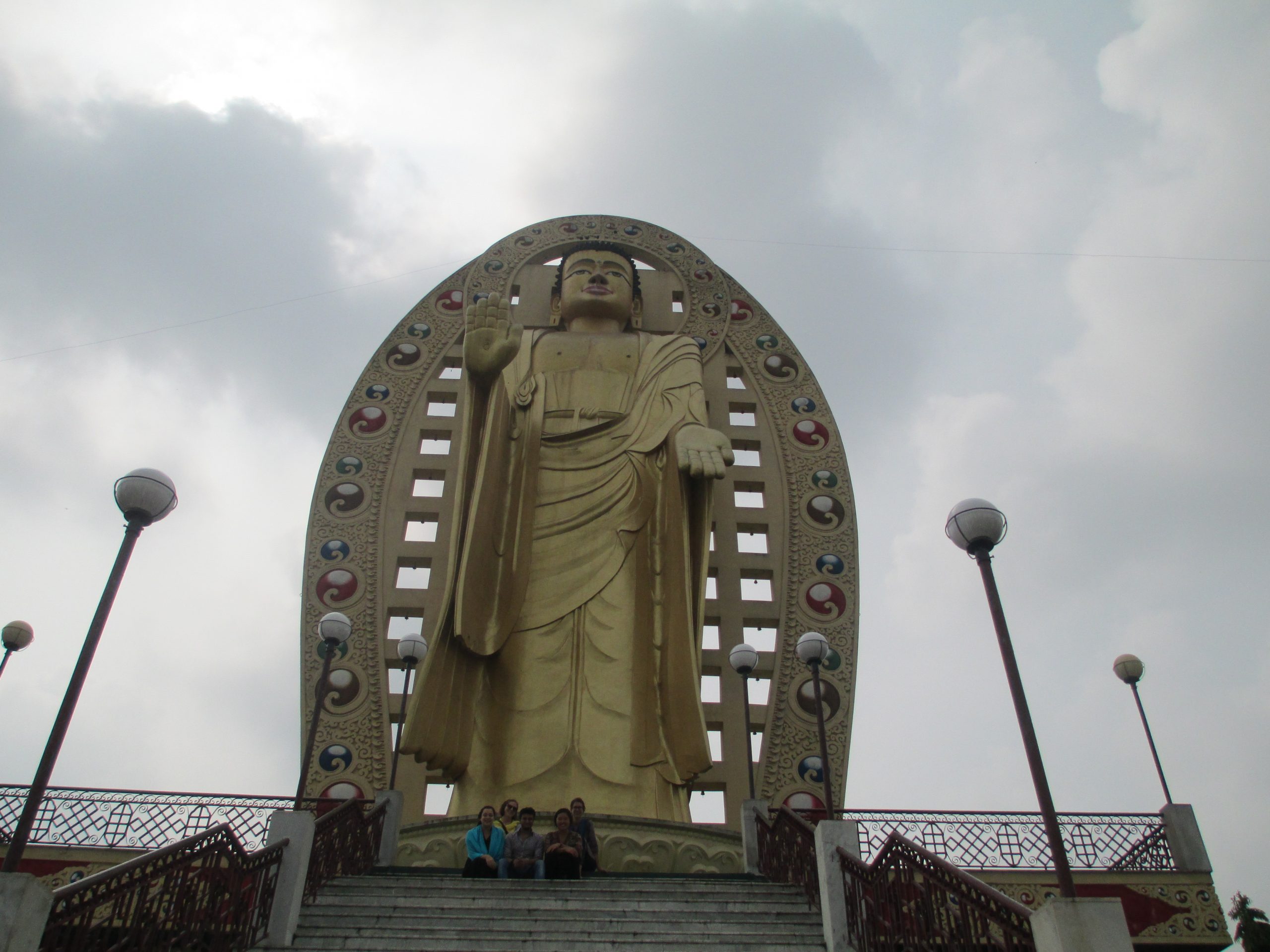 So just as soon as it started—just as quickly as rice is harvested when many hands do their part—the A-Z Course on Organic Farming and Agroecology has come to a close. The last week was replete with interesting discussions and inspiring moments.

Dr Vandana Shiva came to speak about the founding principles and events leading up to her decision to found Navdanya. Hearing Dr Shiva speak was very moving, especially from the perspective of information sharing. She has developed a very deep sense of the global institutions which, through actions that apparently meet their interests, influence the conditions of farmers and other societal groups.

The discourse is represented as the story of a hegemonic relationship between citizens of nations who are impacted by global trade agreements and modes of governance and economic development associated with capitalism, liberalism and deregulation. The intentions of large agribusinesses and financials institutions such as the IMF and World Bank are characterized as only being superficially in the interests of farmers, and actually only geared towards meeting the long-term interests of the companies. These interests are profit and expanding political and economic influence.

From a conflict management perspective, the organic movement’s perception of large agribusiness, global economic bodies, and the general ideology of free-market globalization, suggests that impacts have been very negative despite intentions. What is most interesting for me is how the conflict has deepened due to several factors:

Overall, Dr. Shiva advocates overcoming divisions and reducing conflict through cooperation. However, there is such a deep lack of trust in large agribusinesses, and an equally deep lack of confidence in the policies of government. In this atmosphere, there appears to be a need for reconciliation, mediation and objectivity to parse through the immense amount of information and data that has come from both sides over the past few decades.

From one viewpoint, I am fortunate to be able to hear a detailed narrative of how one side of the philosophical conflict over agricultural issues has been impacted by other actors. From another angle, the sheer complexity of this conflict can be overwhelming when trying to piece it all together.

I’ve decided to pore over my notes and the literature for a little while longer before attempting to synthesize what I am learning here.

This week, a few friends that were here for only a few days (many people on long term projects literally come to Navdanya for a few days to a week to pay homage to what is a veritable hub of organic farming practices) and I decided to visit a large Buddhist monastery in Clementown, which lies just outside the city of Dehradun.

An hour journey later in a communal auto-rickshaw, I observed that sometimes, to get to a peaceful place, you might need to traverse through chaos and noise. The music choice of preference of auto-rickshaw drivers in Dehradun, it appears, is auto-tuned techno-bhangra, which is nothing else but an unhappy meeting of discotheque and Indian dance numbers.

Nonetheless, we reached the temple and managed to see the largest stupa in India and learn about the prayer flags often left flowing on strings in the wind: each color is meant to represent a different sort of prayer, for peace, love, health, forgiveness.

And I’m done with Admissions Tests!

On October 6th, I wrote the Law School Entrance Exam in Delhi. A friend graciously hosted me for the weekend and the testing experience was far more relaxed than I had expected. I feel confident that I will have a good outcome. To celebrate, I went out for dinner in Delhi.

Before getting to the restaurant, I stumbled upon a store I have searched for in India for years: a place where authentic movie posters from old Bollywood films are sold. To add to the experience, the owner was a wonderfully friendly man and while singing old songs and reciting comedy scenes together, we sifted through some real memorabilia of India’s century old film industry. Aside from posters, there were old signs from Colonial India, and photos of Bollywood film stars, new and evergreen.

I purchased an authentic first edition painted poster of the film Johnny Mera Naam (My Name is Johnny), which was the highest grossing film of 1970 in India. It is a gift for my sister Anila.

I could have spent hours there, but the place had to close for the day. Still, what a treat!

I’ve started to interview farmers with a Fulbright Scholar here. We are asking questions that pertain to farmers’ perceptions of agricultural change, how they view large agribusinesses and their intentions, their relationship with Navdanya and their perceptions of conflict. I am really excited to be able to do this, and I feel that the responses will become a very integral component to my project here.