Stories from Palau (after a stop in Shanghai and Seoul) 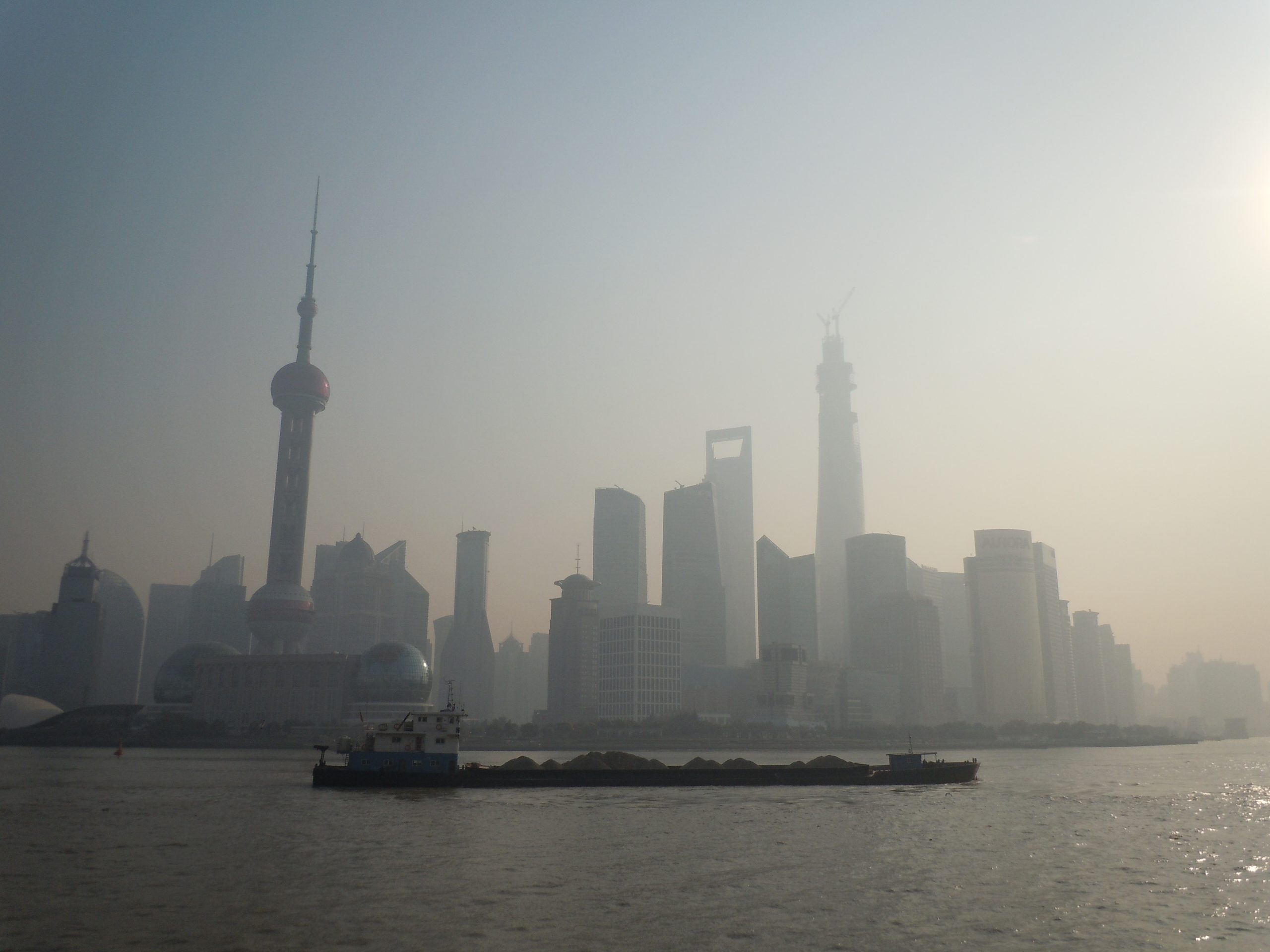 This entry marks the end of my India placement, and the beginning of new exciting adventures in one of the most remote regions of the world: the islands of the South Pacific! Since I am in a new placement, with new information and experiences to share, the format of these entries will also change. I’m sorry to say that songs are no longer going to feature here. Instead, each entry will be a series of ‘Stories from Palau’ describing mainly my work, and on occasion, interesting tidbits and humorous tales.

The Day in Shanghai Story

If you’re an Insight Fellow, sometimes you are afforded the opportunity to take advantage of very long layovers in far away places. As travel agencies begin to give up trying to fix flights that are efficient and amenable to my borderline insane travel itineraries, they are left with no choice but to give me, for example, eleven hours in Shanghai en route to Palau.

I was rather jet-lagged and unaware of which time zone I was in. I also had conveniently forgotten that in China, December meant winter (unlike my destination, where monthly highs and lows average 28 degrees Celsius (as a Canadian, I have no clue what that is in Fahrenheit). Still, after my friend relayed his experiences in Shanghai as an exchange student, and advised that on no account was I to miss the Financial District skyline from <a href=”http://en.wikipedia.org/wiki/The_Bund“>The Bund</a>, I knew that I was definitely going out there.

But not before I had a rather stressful experience. Apparently, sandwiches, despite appearing benign and reminiscent of the food I’m accustomed to, can still produce rather unpleasant skin allergies. I will not mention the name of the vendor here, because well, I am pretty sure we both contributed to my allergy. After gulping down some blend of dinner, lunch and breakfast, I developed an allergic reaction, which forced me to muster my skills in Mandarin (which, are nonexistent) and find some medication. Luckily for me the pharmacist took pity on my ineptitude and, in a broken English, manage to suggest me exactly what I needed.

An hour later, I was in flip-flops and a hoodie, in a taxi with a driver who spoke all of seven words that I could understand (but his hand gestures were commendable), on my way to The Bund.

Shanghai makes every other big city I’ve visited look like an elementary school playground. The sheer imposing size of both old and new Shanghai, which square off against each other, face-to-face across the river, and the wide expanse of 6-lane inner city roads are, in sum, difficult to grasp. The financial district has one of the <a href=”http://en.wikipedia.org/wiki/List_of_cities_with_the_most_skyscrapers“>highest concentrations of skyscrapers in the entire world</a>—each building more sharp-edged and excessive than the last, as if economic competition was to be architecturally represented. In the foreground, meager boats hummed along the river, either desensitized to the billions exchanged a few hundred meters away, or, as I like to think, blissfully unaware. Shanghai does not compare to New York City in terms of the number of skyscrapers, however the densely packed and uniquely shaped buildings, reminiscent of a worldly liquor cabinet, make it more memorable than the rectangular prisms you often see in other metropolises of the world.

I’m told that Hong Kong is a sight to behold, even for those who witnessed Shanghai’s skyline—but that will have to wait. Eleven hours it appears, was just not enough in this city of millions, and billions.

A part of me could not help but see this corporate rainforest as a testament to our misguided notions of progress. Having just come from a country that seems to have a strong interest in having Shanghais of its own in every corner, and moving towards a country for whom not skyscrapers, but mere survival is at stake, The Bund offered itself up to me for a moment of contemplation. I do not believe we need to return to the Neolithic age to meet environmental interests, but I certainly do not think we need more skyscrapers in the world.

My flight from Shanghai left nearly an hour and a half later than scheduled, for reasons unknown at the time. As I was due to land in Seoul and catch a connecting flight to Koror, Palau two hours later, the delay meant that I would miss my next flight. Realizing this on the plane out of Shanghai, and resigned to my fate, I decided not to worry and to organize the rebooking to Palau at my leisure once I landed. In my head, there was no way I was going to Palau as scheduled, and therefore no need to rush.

The airlines, as I would later learn, saw the same data and reached an entirely different conclusion. When I landed, I calmly walked out to see a rather unnerved flight attendant with my name on a sign. She then proceeded to inform me that I needed to follow her to catch my flight, and ran down the tunnel and out into Incheon Airport.

Incheon Airport is enormous. I was in flip-flops, tired, with a suitcase, my bag, and of course that original 1970 Bollywood movie poster from several entries ago. I chased after the flight attendant, trailing by a few dozen yards or so despite my best efforts—until I finally realized that the culprit slowing me down were my flip-flops.

After all, who runs in flip-flops?

Amidst bewildered onlookers, I took off my flip-flops and ran barefoot (baggage trailing) across the airport where I caught up with my running mate, who then proceeded to have a heated conversation with her walkie-talkie. I knew it was bad news. The flight left and the gate was closed. Out of breath, exhausted, and mildly frustrated that I was made to run across an airport despite being correct about my itinerary prediction, I managed to negotiate a free night’s stay at a hotel in Seoul. Not bad for a student of conflict management. I say negotiate because the flight delay that ultimately produced my predicament was caused by air traffic controller decisions that do not oblige the airlines to compensate passengers if they do in fact miss connecting flights. Technically, nobody had to help me with anything.

It is in this hotel that I had my first hot shower since October, and where I found out I was admitted to my dream law school—New York University. Good things happen when you run with your flip-flops in hand. You should try it!

Okay, so this really isn’t a story. What was once a mere possibility, worth crossing your fingers over, was now actually happening. The plane was coasting over the blackness of the Pacific Ocean at night, and landed on tiny Palau: this is the first time the plane icon is larger than the destination country on the maps featured on the TV screens in-flight.

Climate change negotiations and environmental conflicts, as you know, is the broad theme of my Insight Fellowship, might represent a moral quandary and a social obligation of sorts for most nations. But for island nations of the world, it is a matter of survival. The Republic of Palau cannot wait for partisan issues and regional bloc disputes to resolve themselves or play themselves out: there may not be enough time left to save the country from total submersion. In this way, the skills and capacity to negotiate effectively under time-pressure, to build and develop strong relationships internationally and ensure that agreements meet the interests of island nations, is also a matter of life-and-death here. My Fellowship takes on a special significance in this context: my work, and how I contribute, will be part of a larger effort to truly impact Palau’s ability to combat climate change and hopefully, positively impact its prospects for the next hundred years.

Along with loss of land, island nations have developed unique languages, cultures and practices in isolation. There are hundreds of clans in Palau, each with secret and public customs, and several languages that have few, if any outside speakers. Palau has been a veritable leader and voice for conservation globally. Its environmental regulations are unprecedented, and it even charges visitors environmental fees upon departure. Through its <a href=”http://www.nature.org/ourinitiatives/regions/asiaandthepacific/micronesia/placesweprotect/the-republic-of-palau.xml“>Protected Area Network</a>, much of the country is still pristine jungle; however Palau’s real ecological treasure is its marine resources—the reefs, jellyfish, pelagic and coastal fish species, and its mangroves. These are all under <a href=”http://www.pri.org/stories/2013-01-23/pacific-island-nations-band-together-overfishing-takes-toll-global-tuna-supply”>threat</a> due to tourist pressure on fishing; Palauan customs which are increasingly demanding more and more fish; overfishing and illegal fishing due to lack of legal enforcement capacity; and the ever present issue of weaning the country off foreign aid.

My work here will primarily be with the <a href=” http://www.palauconservation.org/cms/index.php”>Palau Conservation Society</a>

(PCS), the oldest and most prominent environmental NGO in Palau. I will be providing workshops on negotiation and effective community to Protected Area Network site coordinators, who routinely must have difficult conversations with communities about conservation and fishing regulations. I will also be developing a community engagement strategy for PCS that helps define stakeholder dynamics and interests around the issue of fisheries management in Palau—the goal here being to gain clarity and a means to be more effective in working with stakeholders (government, traditional chiefs, fishermen, fish markets, etc.) on sustainable fishing practices. My hope is that the strategy will allow PCS to understand which interests will define dialogue with certain groups, who must be informed, consulted, or included in the decision making process, and most of all, how communities can be empowered to problem-solve ways to manage their marine resources more sustainably.