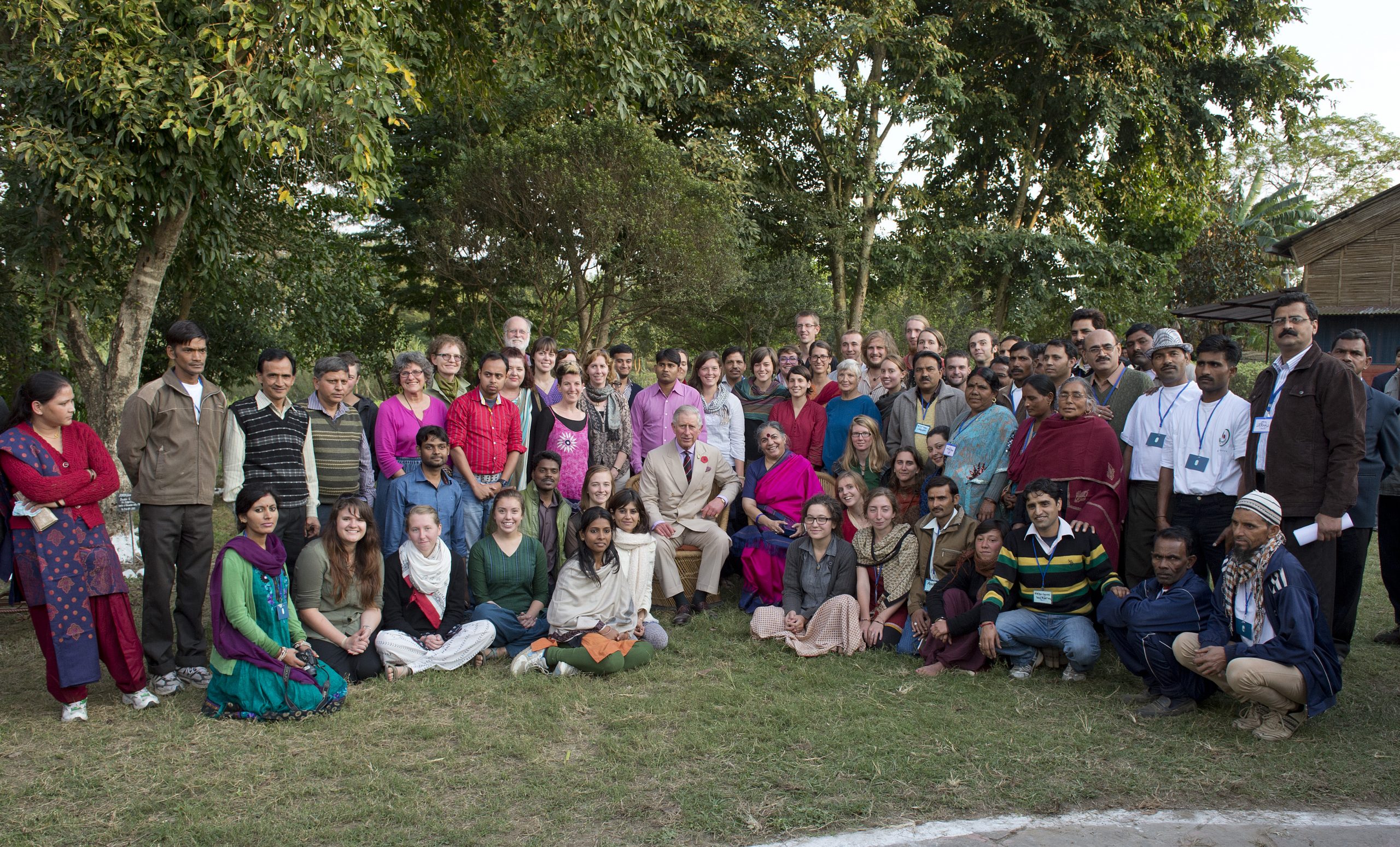 The Golden Temple, though named thus only colloquially, is mostly pure white marble. Our hotel was about 100 meters from the side entrance.

Chalk this up as another benefit of being of Indian origin (or not so much of a benefit), but every 50 meters or so—and I wish I were exaggerating—either I was asked if I was the tour guide for the rest of the group, or the rest of the group (a Frenchman, two ladies from Sweden, a lady who was my fellow Quebecois, and a rather dynamic Swedish-Argentinian) was asked to stop for a photo (the local term being ‘One snap?’).

I think my friends were in nearly 100 photos with people they didn’t know. I think a good number of denizens of Amritsar were in photos with my friends, whom they didn’t know, and whose photos they would never have access to. What interests of theirs are met by taking a photo they will never see again, with people whom they, arguably at least, will also never see again?

The partial truth is that Amritsar is one of the most welcoming and kind cities in all of India. Its people take photos of tourists and with tourists as an expression of their happiness that foreigners visited. For the people of Amritsar, our presence was not surprising, but a veritable honour.

Inside the temple grounds, we had to cover our heads in keeping with the religious requirement. We learned that no one is employed to manage the temple. Devotees and students learning to become praise singers or priests clean the temple grounds, sweep and mop the floors, and each day, over 60 000 meals are served to anyone, regardless of who they are or from where they came.

The Golden Temple is the abode of the Guru Granth Sahib, the holy text of all Sikhs, a compilation of the teachings of all Sikh saints, known as Gurus. It is infrequently carried in and out of the Golden Temple in a palanquin by special temple workers clad in bright orange or yellow turbans and indigo kurtas (Indian formal attire consisting of long shirts and tight pants). We were fortunate enough to witness this transportation ceremony, watching as hundreds of Sikhs reached to touch the palanquin as a sign of respect for the Guru Granth Sahib.

The main temple grounds are marked by a rather dramatic entrance into a large rectangular lake, at the center of which floats a smaller temple, built from marble and plated with 1-2 inch thick gold frame. This entire structured – two stories high , is pure gold when viewed from outside. It is accessible by only one path jutting out from the marble banks of the pool of holy water, and inside the Guru Granth Sahib and other holy texts are housed. Music and holy songs are chanted non-stop. Despite the fervor and desire of pilgrims, we managed to visit the inside of the temple without hindrance, stampedes, or pushing.

And when we all took to meditation, awakened and pacified by the half million candles lit in celebration of Diwali on the night of November 3, elders in the temple quietly scolded the younger teenagers who were rather enthusiastic about taking pictures with us. They said that foreigners had come all the way to Amritsar and were behaving with such respect towards their religion, that it behooved them to make sure our self-reflection was undisturbed. That act of consideration for us, none of whom were Sikh, to allow us peace and quiet and meditation, was one of the kindest things anyone has ever done for me.

And then, for an hour and a half, fireworks lit the sky. When we returned to our hotel that night, we did what any self-respecting celebrator of Diwali must do: light firecrackers and sparklers of your own! The hotel manager happily relinquished his roof terrace to us for the night, where we engaged in the following pattern: first, place the firecracker on the ground, clear of any chairs or fragile objects; second, light it on fire; third, run for cover. Once your ears stop ringing and you no longer see stars from the explosion, repeat steps one through three.

WHO is visiting Navdanya?

On the way back from Amritsar, I was unceremoniously informed that Prince Charles, a long-time supporter of organiz farming, and friend of Dr. Vandana Shiva, would be visiting Navdanya November 10.

I didn’t believe it.

When we finally returned to Dehradun, I began to notice that a heightened security had taken the city by storm: police vans and Special Forces everywhere. And the closer we got to the campus, the more of these individuals there seemed to be. The campus grounds and mango orchard was far cleaner than usual, large white arrows had been painted onto the dirt path making the way to Navdanya abundantly clear, and on the campus grounds, at least 50 Dehradun police officers and reserve Indian Army soldiers from the nearby military training grounds were assessing the security risks of our dorms, gazebo and, of course, our medicinal garden.

We were organized into groups of 10, because Prince Charles’ entourage notified us that he cannot be surrounded by more than 10 people at a time unless it is for a photo. He first toured the campus and the farm with Dr. Shiva, after which we were each were to introduce ourselves and our projects. It occurred to me that given the chance, Prince Charles would likely have preferred to sit on the grass with all of us and chat for a few hours, rather than be whisked from group to group by his attendants, which meant that he was required to direct more general questions at each group, pressed for time as he was. Notwithstanding the required format, his demeanour was kind and genuine.

Some quick thinking on my part resulted in a photo I’ll remember for the rest of my life. After planting a tree to commemorate his visit, he took a group photo and as quickly as he arrived, he was gone. I researched later on that Prince Charles has been a tireless advocate for environmental justice and social equity, and in many cases he has adopted rather unconventional positions on these issues.

Philosophically, our views seem to overlap rather neatly. But the similarities stop there. I’m only a prince in the eyes of my mother!